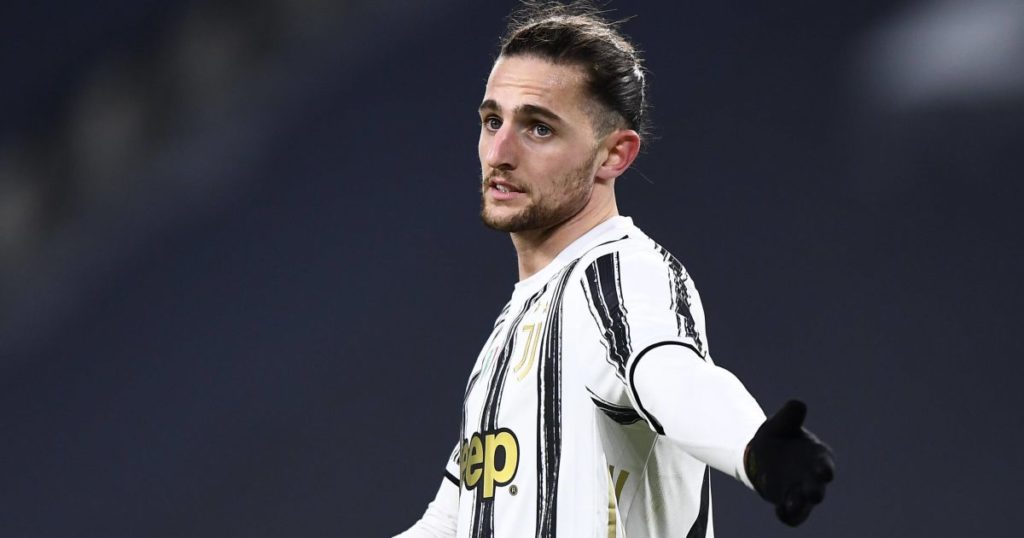 Manchester United scouted Adrien Rabiot in France’s penalty shootout defeat to Switzerland at Euro 2020 on Monday night, according to one reporter.

One of the early favourites for the tournament, world champions France fell at the first knockout hurdle. Switzerland, inspired by a majestic performance from Arsenal midfielder Granit Xhaka, battled all the way to the end of extra time. Kylian Mbappe missed the last penalty to send his country home.

It was quite the upset for a star-studded group of players. But some of them could still be in the sights of major clubs ahead of possible transfers this summer.

Transfer expert Nicolo Schira revealed while the match was ongoing that Man Utd had sent a scout to observe Rabiot in action.

A midfielder by trade, he was filling in on the left-hand side of defence, initially in a wing-back role, out of necessity. But with United well stocked in that area, it seems they still see him as a central midfielder.

Nonetheless, they could have received clues from his performance as to his ability. Whether they were impressed or not, remains to be seen.

Rabiot has been at Juventus since 2019, following his acrimonious departure from Paris Saint-Germain. Now 26 years old, he has made 84 appearances for the Italian side over the past two seasons.

He won the Serie A title in his first season and the Coppa Italia in his second, as well as the Supercoppa Italiana in between.

Rabiot made 24 starts in the league for Juventus in 2020-21, but they fell well short of retaining their title. Still, on an individual level, his four goals and two assists were a decent return.

The Frenchman is only under contract for another two years, though, and his future is unclear. While his numbers are decent, he hasn’t always fully convinced in Turin.

Therefore, United could be monitoring his situation, waiting for the right opportunity. Someone like Rabiot could bring more balance to their midfield if he can become more consistent.

His apparent versatility could also be helpful if ever required at Old Trafford. But first they must decide whether they want to pursue him and if so how much they are willing to spend.

Reports in April claimed that United would be joined in their pursuit of Rabiot by Premier League rivals Chelsea.

According to Calciomercato at the time, Barcelona made contact with his mother, who represents him, but Chelsea were also ready to make a move.

Were they to do so, they could partner him with international teammate N’Golo Kante.

But Chelsea have plenty of options in midfield, so United might have a more pressing need.

That report claimed that Juventus would look to sell for a figure in the region of €20m.

The post Man Utd scout has some reflecting to do after being sent to observe versatile Euro 2020 star who was eliminated appeared first on TEAMtalk.